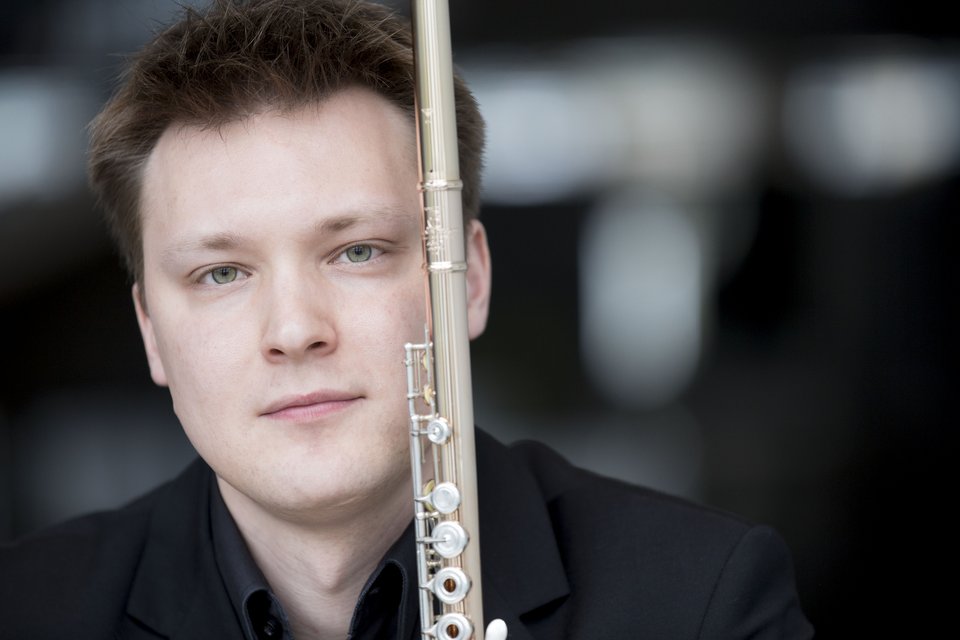 Through his remarkable sound and brilliant technique he prooved himself to be a one of the most talented flutists of his generation.
Born in 1982 in Samara, Russia. Already as a child he showed his musical talent.

He studied in Specialized Music School for talented children in Saint-Petersburg, Russia and then in Saint-Petersburg State Conservatory named after Rimsky-Korsakov. Continued his studying in Germany with Prof. Renate Greiss-Armin in Staatliche Hochschule für Musik Karlsruhe and with Prof. Benoit Fromanger in Hochschule für Musik Hanns Eisler Berlin where he graduated with best notes.

As a solist and chamber musician played in concerts and festivals in Germany, France, and in Russia in Big and Small Philharmonic Hall in Saint-Petersburg. His wide solo and chamber music repertoire includes pieces from barock to romantic and modern music.

From 2002 until 2008 was principal flutist in Mariinsky Theatre Youth orchestra and substitute co-principal in Mariinsky Theatre Orchestra in Saint-Petersburg under direction of Valery Gergiev.
As a substitute principal flutist he worked in orchestras such as London Symphony Orchestra, Bamberger Symphoniker, Gürzenich Orchester Cologne, Bavarian State Opera House and worked with conductors such as Gennady Rozhdestvensky, Michael Tilson Thomas and Kent Nagano. In year 2008 he was a substitute principal flutist in Orchestre Philharmonique du Luxembourg under direction on Emanuelle Krivine.

Since 2009 he is Co-Principal Flutist in Deutsche Radio Philharmonie Saarbrücken Kaiserslautern in Germany and since 2013 is teaching in Hochschule für Musik in Saarbrücken.